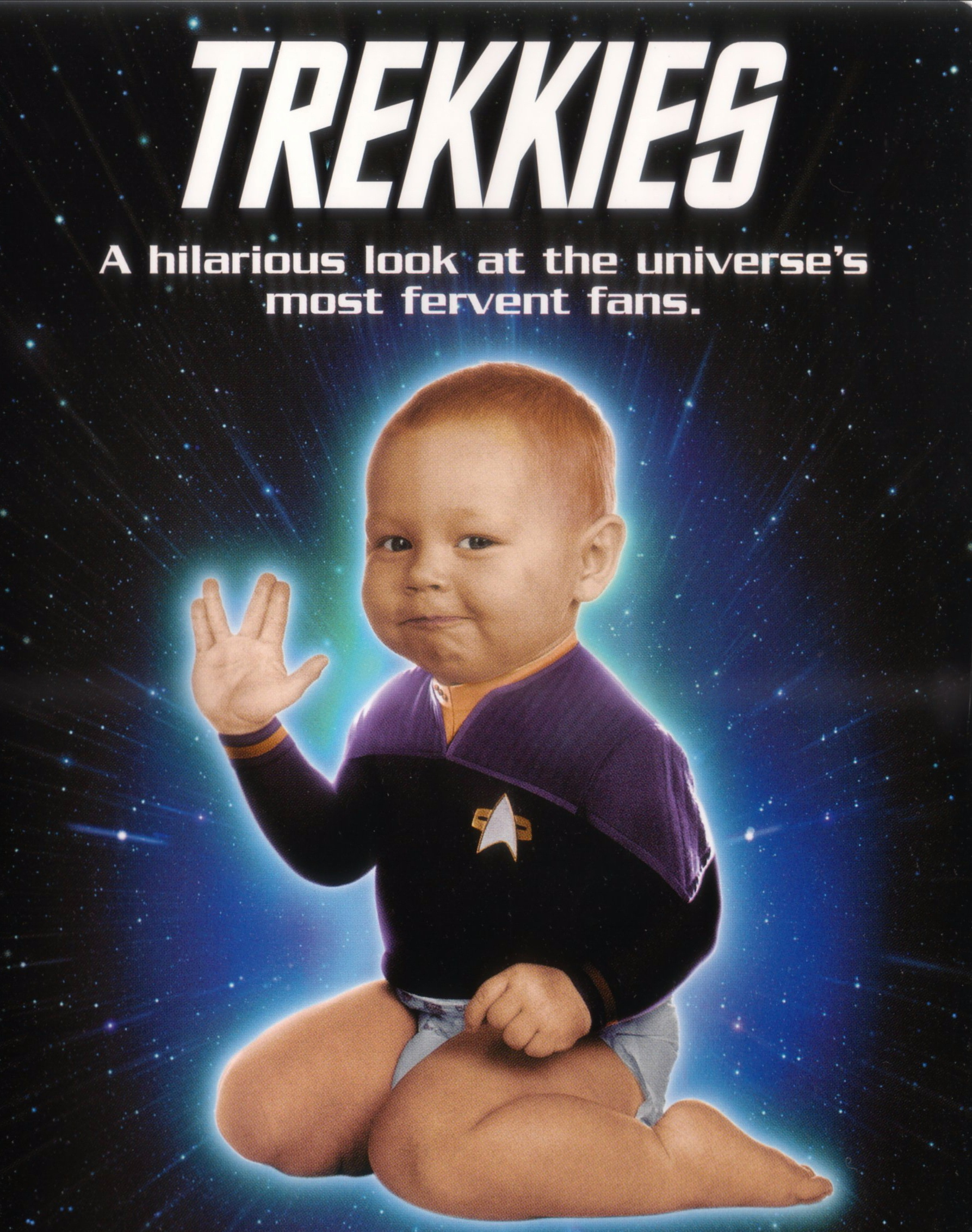 “On the Trekkie Trail”

about the making of Trekkies by Roger Nygard

TREKKIES is a look at the Universe’s most fervent fans, a document of an unparalleled, pop-culture phenomenon.

Get ready to beam up to a galaxy where dentists drill in Federation garb and the debate over Trekkies vs. Trekkers rages. Denise Crosby of STAR TREK: THE NEXT GENERATION hosts this often-hilarious documentary about the STAR TREK fan-nomenon.

They also talked to some of the creative forces behind STAR TREK: Co-Creator/Executive Producer Jeri Taylor, Writer/Co-Executive producer Brannon Braga, Academy-Award-Winning Make-Up Supervisor Michael Westmore, creator of the Klingon language Dr. Marc Okrand…and many others. The film creates an entertaining and endearing portrait of the landmark series that has touched the lives of people around the world.

Available for the first time on HD and Blu-ray, watch for the restored re-release of Trekkies on May 24, 2022 by Shout! Factory. 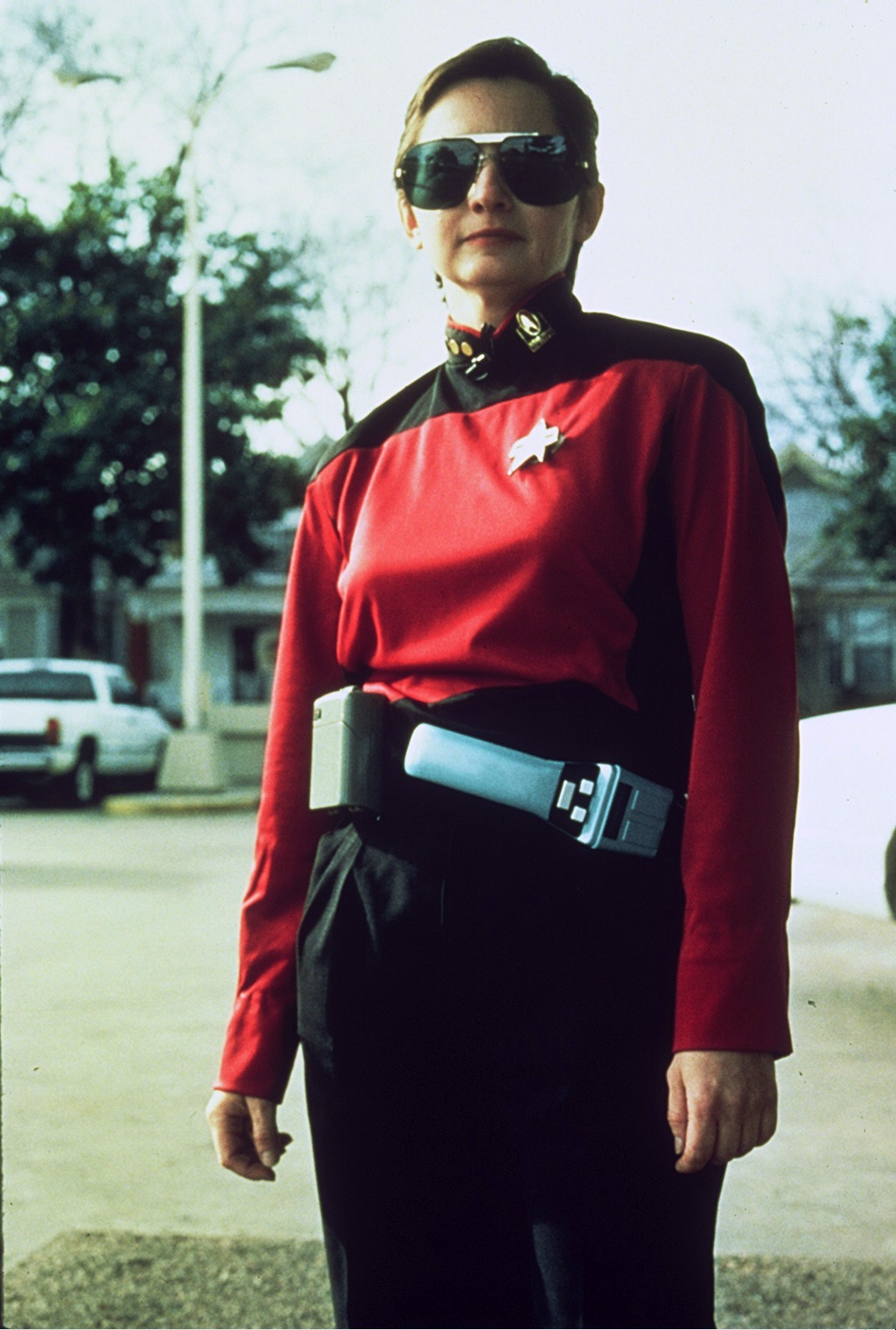 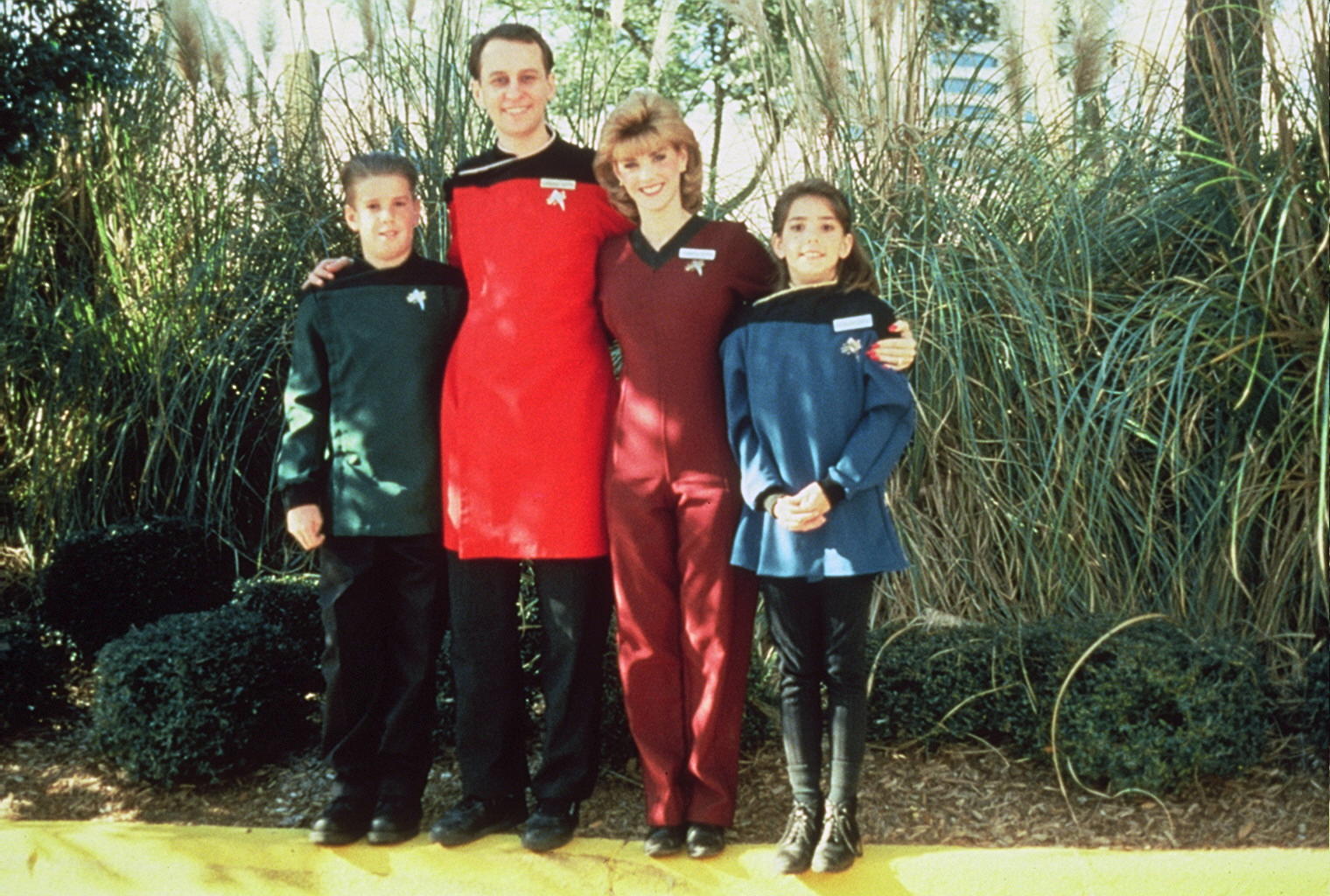 …a funny, far-ranging look at Trek fandom in all its eccentric glory.”
—  Margaret A. McGurk, The Cincinnati Enquirer

“…a largely affectionate…nonjudgemental look at fans who boldly go were aficionados had not gone before….”
—  Leonard Klady, Daily Variety

“Trekkies goes where no full-length documentary has gone before: Into the often uproariously funny world of Star Trek Fans. … Trekkies is a hoot, the biggest laugh generator since There’s Something About Mary.”
— Bonnie Britton, The Indianapolis Star and News

“‘Trekkies’ is a disarming documentary that takes a good-natured look at the hold that the 1966 television series and its sequels and film incarnations exert over millions of fans.”
— Lawrence Van Gelder, New York Times

The WSJ picked TREKKIES as one of the 5 best videos to stream in July, 2016.

Number 7 on Taste of Cinema’s: The 10 Weirdest Documentaries of All Time.

Number 10 for both Trekkies and Trekkies 2 on WhatCulture’s: 10 Outstanding Documentaries About Subcultures.

Number 52 on IMDb list: Top 100 Documentaries Of All Time.